Skip to content Skip to navigation
See our Campus Ready site for the most up to date information about instruction.Campus ReadyCOVID Help
University Friends Circle 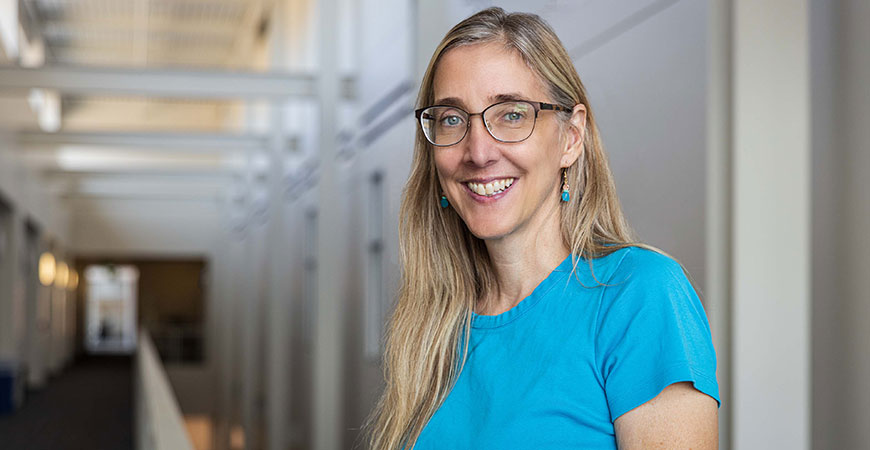 “They show complete protection,” LiWang said. “The films worked perfectly on the macaques at Davis.”

Her lab has been developing these meltaway films over the past few years, looking for an HIV prevention strategy that can work for a wide variety of people. The films don’t require refrigeration even in hot climates, could be easily distributed and are easy to use as suppositories.

LiWang, a biochemist, studies chemokines, signaling proteins that are secreted by cells. On their own they are HIV inhibitors, preventing the virus from binding to cells.

“But the natural ones in our bodies aren’t so great at it,” she has said. “So, we started working on the biochemistry to make them better.” She also works with other proteins with antiviral properties.

She partnered with a collaborator at UC Davis and Imperial College London, as well as a bioengineer at Tufts University in Massachusetts. The team designed a silk-protein film that could carry the HIV inhibitors to places in the human body that are most likely to be invaded by HIV — the reproductive and digestive tracts.

The macaques at the primate center proved good test subjects because their reproductive and digestive systems are not too different from humans’, and LiWang needed to know if the nontoxic films caused inflammation. HIV feeds on inflammation, so if the films caused any, they would be self-defeating.

Now that the inflammation question has been answered, LiWang, in the Department of Molecular and Cell Biology, is working with public health Professor Nancy Burke under a Health Sciences Research Institute grant to investigate, through focus groups, how to make the films more attractive to consumers.

HIV preventatives have been tested in the forms of pills, gels and creams, and have been introduced in places such as eastern and southern Africa, where HIV and AIDS are still at epidemic proportions.

However, refrigeration there is uncertain, and the creams and gels aren’t popular with at-risk populations, so getting people to use them regularly has proved challenging. Gels and creams are messy and must be used every time someone engages in sexual activity that could transmit the virus.

But LiWang’s lab is working on making the films time-released, so they won’t have to be used every time. Because they can also be made in an array of colors and shapes, they might be more interesting and adoptable by younger people.

Getting the films to human trials is a long and costly process, so for now, LiWang’s lab is working on developing the films for other related uses, such as to deliver microorganisms that help keep the human microbiome healthy and possibly prevent infections.

“We are trying to get Lactobacillus to see if we can use silk to deliver it,” LiWang said. “If it works in a lab, we will try to get a grant to see if we can deliver healthy microorganisms to macaques.”